The Best Way to Test Your New Forex Robot


Testing your Forex robot in a demo environment, is absolutely a must before you consider launching it upon a live trading, real money account. There are thousands of robots out there on the Internet today. I would say that a good 95% of these don't even work nearly as good as they claim. A lot of them are just supposed to make money for the creator and nobody else. It's always sad to read about some new trader falling for one of these fake robots. They could have simply done a little research on Forex robots. This could have saved them a considerable chunk of change. Instead, they foolishly set up the robot on a live account. But what should they at done?

Every time I hear about a new robot that I want to try, I will simply set it all up and get it running on a demo account. What is a demo account? Well, if you don't know what a demo account is by now then you may want to brush up a little. A demo account is a practice account that uses fake or virtual money instead of the real deal. Now, there are two of different ways to test your Forex robot. The first is to put it through a thing called strategy tester. The strategy tester takes historic charts and tests it against a robot. The results give a detailed report on things such as how many bars were modelled, how many profitable trades there were, as well as unprofitable trades. It also gives you a graph that gauges profit margin. Another way to test the robot is by setting up on a real demo account. You can even see where Forex Lasers goes into detail regarding such Expert Advisors. 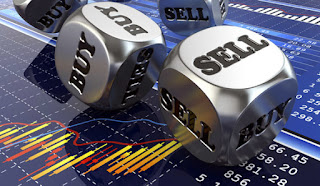 Setting the robot all up on a live demo account will give you a feel on how the robot will act on a regular live account. It will trade just as it would on the live account. Putting a robot through the tests will assure that you have a fully functioning automated Forex trading robot. But most importantly these tests allow us robot traders to modify our robots so that they will perform as smoothly as it possibly can. Sometimes robots must be tweaked to run a profitable campaign or session.

Hopefully you have enough common sense to always test everything long before you try doing it with real money. I know that may seem like the obvious thing to do seeing as you can instantly lose everything in a single bad trade. But I still see many people that believe that the robots will automatically be setup and working right out of the box. I constantly check and recheck my robots everyday to make sure that they're running at peak performance. This allows me to rest easy in knowing that my robot is making wise decisions while I'm away. I have enough confidence in my robots to let them run all day every day. They constantly pump out profitable trade's minute after minute hour after hour. No matter what the current market is like. This is why I always test my robots before I let them run wild.

Having said all that, long term, I doubt there is a single Forex robot out there that can consistently make money. Put simply, those sellers that claim theirs are an ATM, are simply misleading traders.